….With a Global Impact

“We identify founders who have potential to be local champions with global ambitions.”

We wake up every morning with one goal in mind — to connect and democratize the Angel Investment Community. TribeAngels is creating the world’s most connected Accredited Investor Network focused on the local dreamers who are building the next generation of revolutionary products and services.

Welcome to the Relationship Revolution.

Entrepreneurs who embrace risk with SISU. Sisu and the LION. SISU s extraordinary determination in the face of extreme adversity, and courage that is presented typically in situations where success is unlikely and danger or risk is present. It expresses itself in taking action against the odds, and displaying courage and resoluteness in the face of adversity; in other words, deciding on a course of action, and then adhering to it even if repeated failures ensue. It is the CODE and way of the entrepreneur. In many ways similar to equanimity, of persistence as sisu entails an element of stress management.

The English word “gutsy” invokes a metaphor related to SISU (and found in still other languages): the Finnish usage derives from sisus, translated as “interior”or “guts”; a closely related English concept evokes the metaphor “GRIT”. Hence the way of the Entrepreneur.

We are on a Quest. Finding the entrepreneurs with SISU and surrounding them with a Utah then Global Tribe of Angels, a Network of like-minded connectors dedicated to the legacy of wealth creation and benevolence toward mankind. We are masons and builders of the new economy. Never before in the human race has there been a time of abundance and innovation as there is now. Digital transformation and disruption is the new currency. Unicorns become Dragons. $B exits and multi $B startup companies are the new norm. We believe we are the tip of the spear in the battle where the force multiplier is now quantum exponential growth. Join us in this expedition. We are all travelers on a journey together.

Our quest is to the democratization of wealth and affluence to the many, not the one. We will democratize angel investment. We have created a crowdsourced platform of influence. Affluence is about money movement and greatest impact to humanity. Keeping our economy flowing and growing in worthwhile ventures is our mission. We believe that relationship capital matters. That people connectivity is at the core whereby we can take a level 1 relationship of positive interactions to a level 4 where there is intimate and authentic connection. This is where the magic happens and Tribe Angels is the mechanism .

We source quality deal flow and build the next Unicorn together.

We believe in Entrepreneurs and risk takers who manifest dreams into reality.

A group of lions is collectively called a pride because of their stately quality. Lions were traditionally seen as regal and elevated.  They don’t have to prove anything to anyone.  They assume power and know who they are.  Lions don’t have to try to assert themselves.  They just ARE.  Stately as Kings as Queens, regal and dignified in character and humility but know their power and impact upon their stewardship to lead, guide and to protect .  That is a trusted PRIDE>. 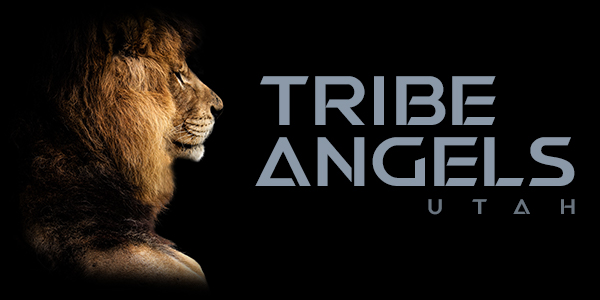 We’ll work hand-in-hand to fuel business growth and achieve your strategic innovation objectives in support of the entrepreneur.  As we launch a tribe of angels, we will work together to drive an internal culture of innovation and growth mindset.  The relationship capital created and developed will be a force multiplier.

Led by Tribe Angels, we will collaborate on the company and founder selection process to choose the most innovative companies in your industry or sector.

After joining our membership, it’s time to announce and bring forth off the program. watch the cultural transformation spread like wildfire throughout your business.

Now the work begins. Your membership allows us to dig in with founders to solve the biggest problems facing your industry. This is a two-way street where startups can learn from big brands and corporate veterans can see the value of doing more faster and crowdsourcing investment dollars that will feed and nurture the greatest minds and ideas of our time.  Ideas that can and will change our world for the better.

Founders ideate and share their vision and manifest it into reality with mass adoption. This is where the companies get their moment in the spotlight to show investors what they’ve accomplished together.

Human capital and the power of the relationships continues to grow with an invaluable stream of partnership, brilliant minds, spark of ideas and proof-of-concepts that become real. It’s a powerful combination.

“One of the greatest skills of leadership is being unflappable. Anytime you do anything in the world; there’s going to be criticism.”
-Arianna Huffington, Co-found and editor-in-chief of Huffington Post Media Group

“You have to see failure as the beginning and the middle, but never entertain it as an end.”
-Jessica Herrin, founder and CEO of Stella & Dot

“Don’t try to do everything by yourself, but try to connect with people and resources. Having that discipline and perseverance is really important.”
-Chieu Cao, Co-founder of Perkbox

“Fundraising is much easier now because of crowdfunding. Take advantage of that.”
-Constantin Bisanz, Founder of Aloha

“If you can offer a free tier that provides a lot of value, it will naturally help your product to spread much more rapidly.”
-Melanie Perkins, Co-founder of Canva

“Be nicer to your customers than your competitors.”
-Richard Reed, Co-Founder of Innocent Drinks

Be Part of Tribe Angels Today!